Compromise Defined:  An agreement that involves mutual concessions. Each party gets less than it feels entitled to, but agrees to it because the situation it anticipates under the deal is better than the one it expects in the absence of a deal.  In life, we are often faced with the decision to compromise or not.  The next time you think, “I’ve given up enough in life – it’s my time now – and I’m calling the shots,” consider this…

At the ripe young age of 22, John Mackey moved into a vegetarian co-op because he thought he’d meet interesting people.  By the time he was 24, he opened up a vegetarian natural-foods store in Austin in the ground floor of a house on $45,000 of borrowed money.  The store’s physical footprint was small, as were his sales.

“I realized if it was going to be successful, I had to meet the marketplace where it was and satisfy customers,” says Mackey.  It meant Mackey had to compromise on his ideals of selling only healthy products and also sell household staples like coffee, sugar, and meat.  So he merged with  another local natural grocer to create Whole Foods Market.

Mackey learned that you can either be idealistic and fail, or you can be more pragmatic and succeed, while continuing to fulfill your ideals as best you can.  And while it may have been difficult for Mackey to let go of his idealistic ways, I’m guessing it wasn’t difficult to cash the $13 billion USD check, when Amazon acquired Whole Foods a few years ago.

Although Mackey wasn’t in it for the money, he was smart.  He learned that in order to succeed, you may have to compromise and do what’s best for the people you serve.  When you do that, success will follow.  In addition to a big payday, Mackey built a company with an enviable organizational culture that employs close to 100,000 people.  And this, my friends, is worth more than the payday.

JILL, WHAT CAN I DO?  Although your organization may have launched with Vision ABC in mind, you will not succeed if your customers want Vision XYZ.  While I’m a firm believer of satisfying employees, you must ensure your employees satisfy your customers.  I want you to succeed, so here are 16 Customer Satisfaction Survey examples from real brands. 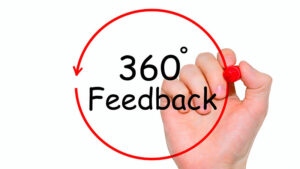 How to do 360-Degree Feedback the Right Way

What’s the right and the wrong way for senior leaders or managers to seek feedback from employees about their... 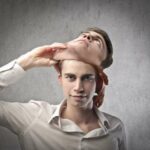 How to Interview Your Future Boss 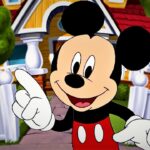 Mickey Says: Have a Plan to Pivot, People. Are You Listening? 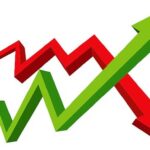