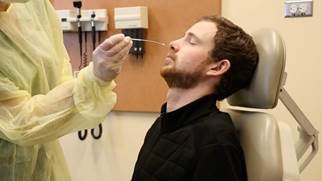 Inc. just announced its Company of the Year.  Puritan Medical Products: a medical supplier in remote Maine that expanded overnight to come to the aid of the nation.

On a weekend in mid-March, Timothy Templet, co-owner of the firm, received a call from the U.S. Assistant Secretary for Health asking how fast Puritan could ramp up production of its nasal swabs. Two hours later, a Maine Senator called Puritan’s general manager, asking the same question. Like many countries, the U.S. was not prepared for a healthcare emergency. Therefore, testing was a priority to diagnose Covid-19 and isolate infected people.

The kicker?  Only two companies in the world make the type of nasal swabs required for Covid-19 testing.  Combined, they only produced two million units per month or five percent of the 40 million per month officials needed in the U.S. alone (since revised to 150 million per month). One firm is based in Italy and the other is Puritan – a century-old family business founded as a toothpick maker.

After receiving money through the Defense Production and Cares Acts, Puritan leased, gutted, and outfitted a 100,000-square-foot factory, increasing its production of swabs to 90 million per month by the end of November.  By the end of Q1 2021, Puritan will open another plant and increase its capacity by another 50 million swabs per month, meaning a 30-fold production capacity in one year.  With teams working in two shifts for 19 hours a day, Puritan has a project management call at 3 a.m., seven days a week, to ensure success.

Per Puritan, their greatest lesson is this: it’s critical that a company’s decision-making process be clearly defined and very structured. You can’t add high-speed production lines – with new robotic technology that involves a steep learning curve – and double your headcount in a matter of months if your culture is indecisive, slow-moving, and lacks accountability.  Thank you, Puritan, for nailing it.

Jill, What Can I Do?  Think about whether or not your company could have risen to the challenge.  Does your culture support creating miracles in a crisis, like Puritan, Zoom, and Amazon?  If not, you have work to do, but not right now.  Now it’s time to rest.  2020 was a challenging year.  Embrace that and do whatever you have to do to recharge, relax, and retain hope that 2021 is going to be better.  Because it is.  Happy Holidays to all who celebrate, thank you for being a part of the Culture Nation, and I’ll see you back here the first week in January.