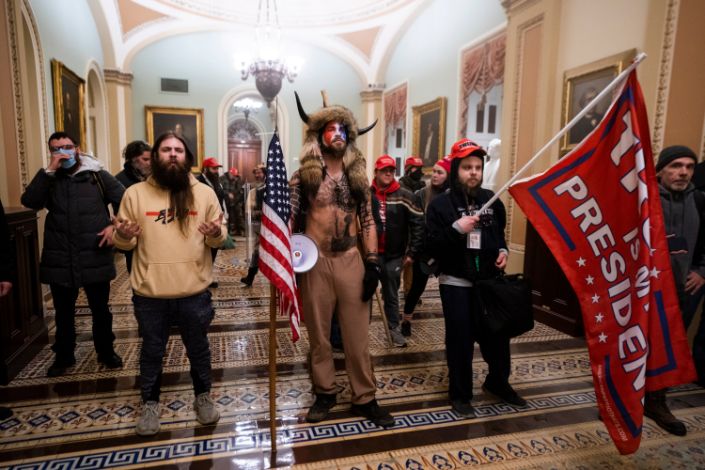 A suburban Chicago tech company CEO, who was among dozens of people arrested after a mob stormed the U.S. Capitol building, has been charged in federal court and fired from his job.  According to an NPR station in Chicago, former-CEO Bradley Rukstales, said, “My decision to enter the Capitol was wrong and I am deeply regretful to have done so.”

However, his firm, Cogensia, issued a statement that the board of directors terminated Rukstales two days later.  “This decision was made because Rukstales’ actions were inconsistent with the core values of Cogensia,” said Joel Schiltz, senior vice president and Chief Operating Officer, who has been named acting CEO.  “Cogensia condemns what occurred at the U.S. Capitol and we intend to continue to embrace the values of integrity, diversity, and transparency in our business operations, and expect all employees to embrace those values as well.”

While I do not wish harm on anyone, the move to fire Rukstales because “his actions were inconsistent with the core values of Cogensia,” is music to my ears.  All too often in business, employees at different levels are held to different standards and it drives massive levels of disengagement.  Why?  Because although the saying goes that the world isn’t fair, employees want fair.  They need to see that the rules are the same for everyone in order for them to trust leaders and feel an emotional connection to an organization.

Additionally, employees want to see that their organization’s values matter and are more than just a list on the Internet, and that the conduct and behaviors they are being held to are the same for every employee, regardless of level.  In the case of Cogensia, employees scored a major victory.  The board walked it’s talk, took action, and acted as a role model for other company leaders.  This is how it should be done.

Jill, What Can I Do?  Every organization should review its values annually to ensure that they reflect the behaviors employees need to role model.  But it does not stop there.  Once the words are drafted, you must bring them to life.  Hire for a values match, rate employees on how well they live the values, weave the values throughout corporate communications, and create a recognition program that rewards people for living the values.  This will increase the probability that your leadership team or board ‘does the right thing’ when faced with an incident.