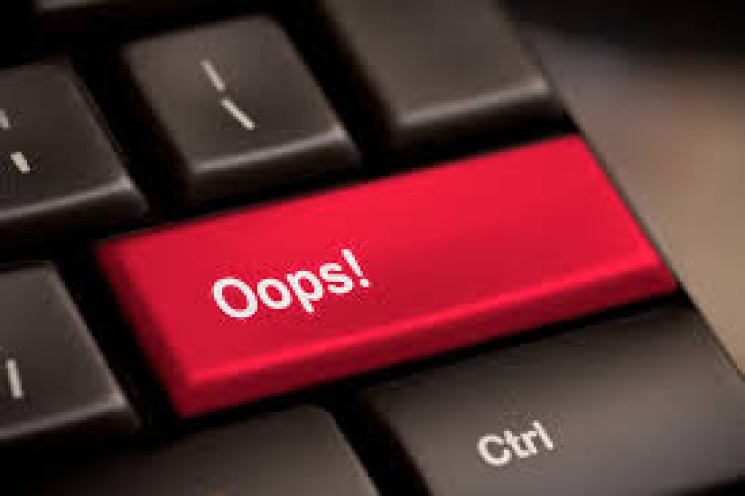 The 89th Academy Awards ceremony, otherwise known as the Oscars, honored the best films of 2016 on Feb. 26, 2017. In a blunder of epic proportions, beloved actors Faye Dunaway and Warren Beatty presented “La La Land” as the winner of the best picture award. The celebration began on stage. But was quickly ended when one of the “La La Land” winners pointed out that “Moonlight” had won the best picture award.

This faux pas is reminiscent of Steve Harvey’s experience two months ago when he announced Miss Colombia as the winner of the Miss Universe pageant, when in reality, Miss Philippines had won. While we don’t yet know the fallout from the Oscars debacle, we know that Harvey was inundated with death threats in the aftermath of the pageant.

What happened in both of these incidents? Someone made a mistake at work. And while the cast and crew of La La Land and Miss Colombia may not like it, the fact is that everyone makes mistakes at work – it’s part of life, mistakes happen. What matters most is that you recover quickly and handle your mistakes in a positive way, so I trolled the Internet and found a great strategy by Gina Belli – an educational consultant – to do just that.

1. Everyone is watching how you respond to this.

Your bosses and co-workers will pay close attention to you in the days and weeks following a mistake because you can learn a lot about someone by how they handle difficulties. Real leaders earn their stripes during tough times, not by holding down the fort when everything is peachy. Take this opportunity to show them what you’re made of.

Perfectionism is running rampant these days, but as much as people think it’s great to strive to achieve the ideal outcome in every situation, perfectionism is not always a good thing. Forgive yourself. You’re only human, it turns out, so stop taking yourself to task over it.

3. Take responsibility for it.

Bosses want you to take responsibility when you make a mistake. Be brief and share how you’re going to do things differently in the future. Don’t shed tears or beg for forgiveness. Hold your head high and be okay with the fact that you messed up. But at the same time, own it.

4. Don’t blame others, even if they’re partially to blame.

You shouldn’t take responsibility for things you didn’t do, but it’s never a good idea to throw someone else under the bus either. If other people are partially responsible for what went wrong, leave it to them to own up to their part. When apologizing for the mistake, discuss your actions only. Be clear and specific, but don’t bring other people into it.

Correct the error yourself as much as possible. Other people won’t mind the misstep nearly as much if it doesn’t put a whole lot of work on their plates. Minimizing the impact and the inconvenience of your mistake will go a long way toward letting the whole thing blow over and becoming nothing more than a bad, distant memory.

Be Awesome! The next time you make a mistake at work – or in your personal life – embrace these tips. Real leaders are resilient, self-confident, and humble, yet strong, which is why they connect so well with other people. Take this opportunity to show yourself – and everyone else – what you’re made of and remember… The only man who never makes a mistake is the man who never does anything.