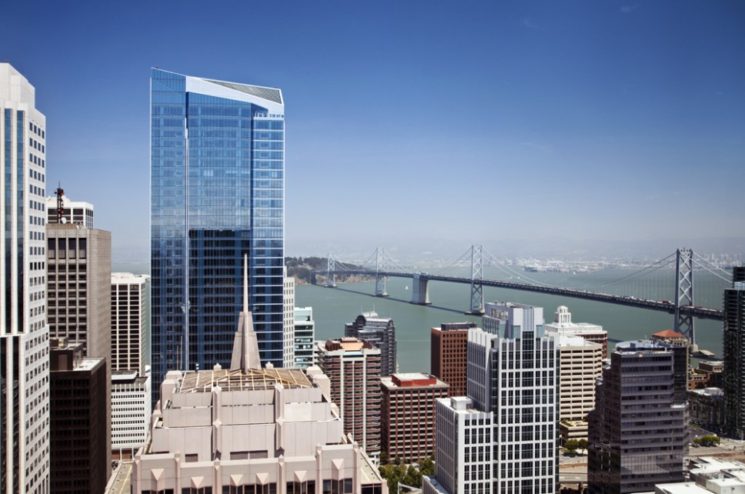 It’s no secret that in my spare time, I follow the demise of Sears, a 1950s family favorite. Well, I’ve also been following the twists and turns of a 58-story skyscraper in San Francisco – named the Millennium Tower – that’s tilting and sinking. And although I’ve been following this story for years, I did not have an opinion until now.

A recent city inspection concluded that the skyscraper, which has sunk 16 inches and tilted two inches since it opened in 2009, is safe to live in. “There was no evidence of life-safety concerns observed during the inspection,” the report stated. “The building is safe to occupy at this time.”

The tower is home to 400 multi-million-dollar condos and has been embroiled in scandal for months, as its developers, residents, and city officials argued over who was at fault for the building’s surprising vertical settlement. Homeowners have filed multiple class-action lawsuits against the developer and the city, as the tower continues to sink at a rate of two inches per year — double what engineers earlier estimated.

The parallels between the Millennium Tower and employee engagement are uncanny. I regularly meet senior leaders who declare they have a good culture (i.e. the workplace is safe to occupy at this time), while at the same time employees are posting horror stories on Glassdoor, trolling Indeed.com for a new job, and sharing their concerns with leaders via the employee engagement survey.

Why? From my experience, if a leader admits that the culture is poor, it’s a direct reflection on his/her lack of leadership and many leaders are not humble enough to admit that they fell short. What many of these leaders miss is that if they took accountability for the poor culture and communicated a plan to improve it, they would actually endear themselves to employees vs. driving them to the Exit sign. Their ego, however, is standing in the way.

Be Awesome! If you or the leaders of your company declare that the culture is positive, when you know it’s not, stop. You are not fooling anyone. In fact, you are making the situation worse. Employees don’t want to blame you for the current situation; they want you to acknowledge their feedback and create an amazing place for them to work. And you can. The road map is in my book and the first chapter is free. May this be the beginning of you building your own Millennium Tower that is safe to occupy – always.