The Blue Wall of Silence. Also known as blue code and blue shield, this term is used in the United States to denote the informal rule among police officers not to report on a colleague’s errors, misconduct, or crimes, including police brutality. It means that officers back each other up and stay loyal to one another, and not ‘rat’ one another out.

In business, many employees also choose to adopt the Blue Wall of Silence, and turn a blind eye to indiscretions. Employees who ‘rat’ someone out are referred to as whistleblowers, exposing information or activities within a private or public organization that is deemed illegal or unethical. Examples include violation of company policy/the law/regulations, threat to public interest or national security, fraud, and corruption.

Like police officers, few employees choose to report misconduct in their company because they risk facing stiff reprisal and retaliation from those who are accused of wrongdoing or from their peers. Why? Because the world is not in alignment on the practice of ‘ratting’ one another out. Some people think whistleblowing can protect the public from wrongdoing (this is me), while others see whistleblowing as unethical for breaching confidentiality (this is the Mob’s code).

While I am all for employees backing each other up and staying loyal to one another, I think the line should be drawn when behavior is illegal or unethical. Indiscretions are not OK. When they go unchecked, they can lead to a potentially embarrassing corporate scandal, loss of business credibility and reputation, legal issues, fines, decreased employee trust and productivity, and a culture that no one would be proud to be a part of.

JILL, WHAT CAN I DO? Do the right thing – not the easy thing. Is it difficult? Yes. I know, I’ve done it. At one point in my Corporate career, what I experienced and saw in a Fortune 500 company disgusted me to the point where I filed an internal Code of Conduct ethics complaint against the CEO and another C-Suite Executive. Was I on my way out the door anyway? Yes, but I believe I was right to stand up for myself and other colleagues who were being mistreated, and the law. As the title of my book reads: If Not You, Who?

An Idea to Give Employees More Workplace Flexibility

As reported by Steven Weiss – senior staff writer at Inc.com – the leadership team at Front, a customer... 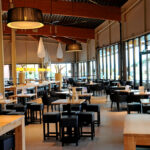 What Happened to All the US Workers?